I just posted my story about what Facebook’s Oculus just announced at the Oculus Connect developers conference here in San Jose this morning. Here’s an excerpt: 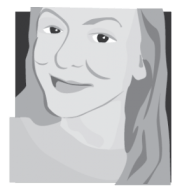 The event wasn’t about the new hardware, though. The some dozen Oculus announcements unleashed this morning were for developers, and they followed along a single theme, which Zuckerberg spelled out as soon as he hopped on stage.

“Look around the room,” he told the packed room of developers and journalists gathered here. “What we’re wired to see isn’t the chairs or the walls, it’s the people. That’s how our brains work, and that’s why I’ve spent my life trying to build technology that puts people at the center of the experience.

“Imagine,” Zuckerberg continued. “If you had to switch spaces like you switch apps, you’d be in a room eating by yourself, then if you wanted to talk to friends you’d get up and go to a different place, and if you wanted to get a photo you’d have to go to yet another room. That’s not going to be how virtual reality works.”

Oculus’ direction now is about changing the perspective — “from apps-first to people first,” he added … READ the rest of the story here.
PS, here’s the trailer from Force Field VR’s Landfall, coming to Oculus soon.

Gina Smith is the New York Times bestselling author of Apple founder Steve Wozniak's biography, iWOZ: How I Invented the Personal Computer and Had Fun Doing It. A former national TV correspondent and nationally syndicated talk radio host, she is an award winning tech journalist and editorial director of aNewDomain Media, which produces independent journalistic blogs and content for Fortune 50 companies. Separately.